An interregional communications campaign to promote 100 women and their exceptional careers.

In a project spanning five universities, three languages and four regions across two countries, we tell the story of 100 women – and thousands more. After years in the making, it’s fitting that the project should come to fruition in 2019, the year of the Swiss women’s strike. During this time, a number of similar initiatives have also seen the light of day, like “100Elles*” in Geneva, “100 Frauen” in German-speaking Switzerland and “100 femmes qui ont fait l’histoire de France” in France – and that’s all for the better.

Our project aims to be accessible to everyone, which is why the stories are told in several different ways: in videos for social media, in printed format for safekeeping, and through talks and other events so that ideas can be shared.

Our campaign seeks to show young people – and especially young girls – the broad range of exciting professional and personal paths that women living in French- and Italian-speaking Switzerland and neighbouring France have taken. Most of the women did so after completing training or pursuing careers in fields that are (stereo)typed as male. When women make these career choices they are all too often seen as exceptions to the norm – and that’s just the misconception we want to get rid of.

The importance of role models

In Switzerland, it is still difficult for women to get into positions of responsibility or have careers that are traditionally considered to be for men (Swiss State Secretariat for Economic Affairs, 2016). This is partly because of the way the Swiss education system is organized, with pupils being put into specific secondary school tracks as early as the end of primary school. Research has shown that gender diversity and having women in leadership positions can improve the performance of companies and research teams (Peterson Institute for International Economics, 2016; Nielsen et al.; 2017). Yet despite the positive impact of gender diversity and the money poured into research and education in Switzerland (Swiss Federal Statistical Office, 2016), the country is still the worst place in Europe to be a working woman (The Economist, 2016).

The prevailing gender stereotypes and lack of female role models are some of the main reasons why women are underrepresented in scientific fields. And in Switzerland, the problem is exacerbated by the fact that people make choices about their education at an age when gender identity and peer-group identification are particularly strong (Gianettoni, 2011; Maihofer et al., 2013). What’s more, young girls lack female role models in traditionally male-dominated fields and careers. This shortage has been identified as one of the biggest obstacles preventing women from pursuing a career in science (Thege, Popescu-Willigmann, Pioch & Badri-Höher, 2014). Studies conducted in large corporations suggest that women need female role models if they are to progress in their careers (EY, 2017). That’s why several companies and governments have funded campaigns aimed at promoting female role models – like the “Your Life” campaign in the UK.

Go to the 100 Women The book Acknowledgements Design & partners 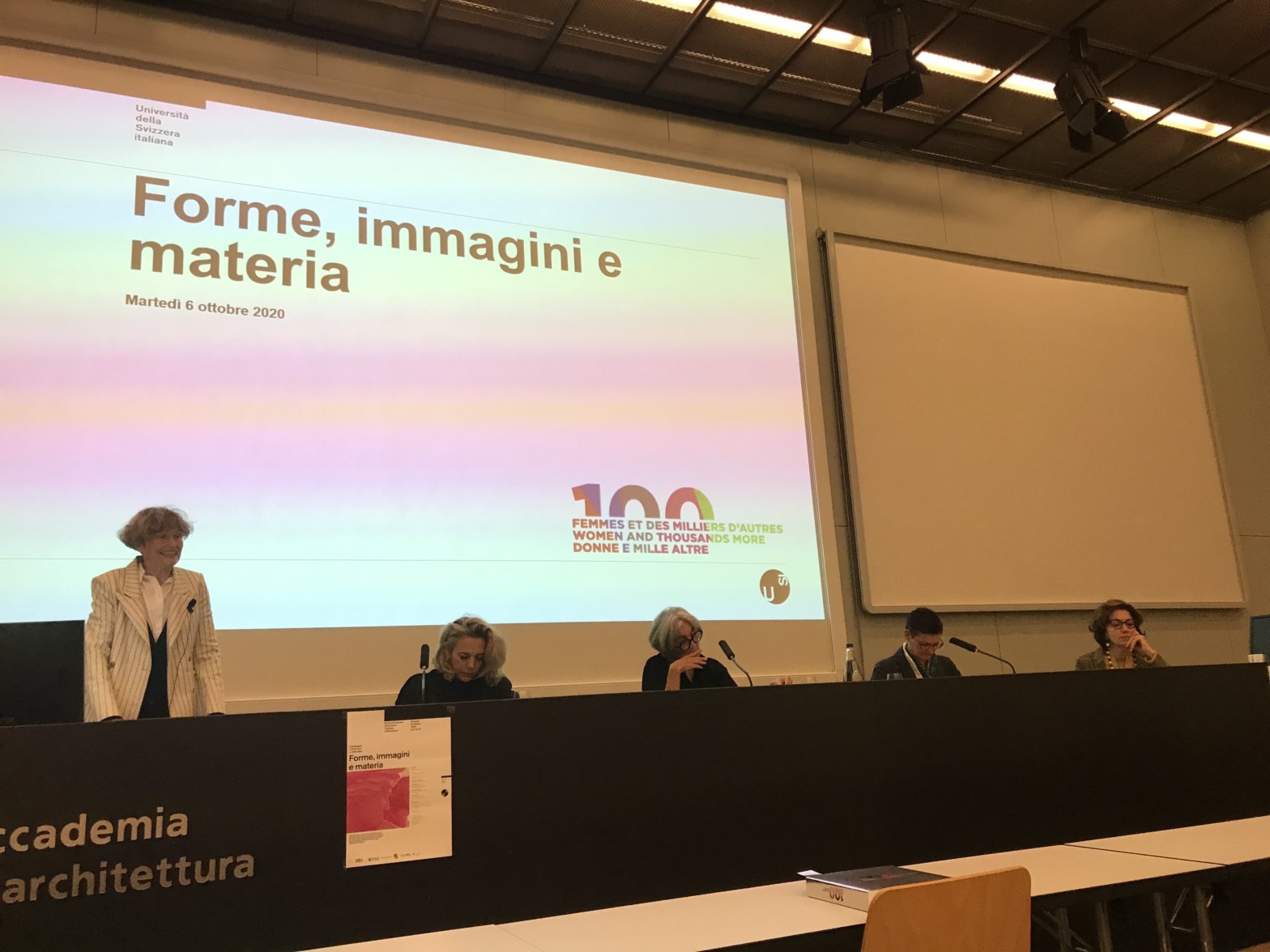 News and events are on the menu of the November newsletter! 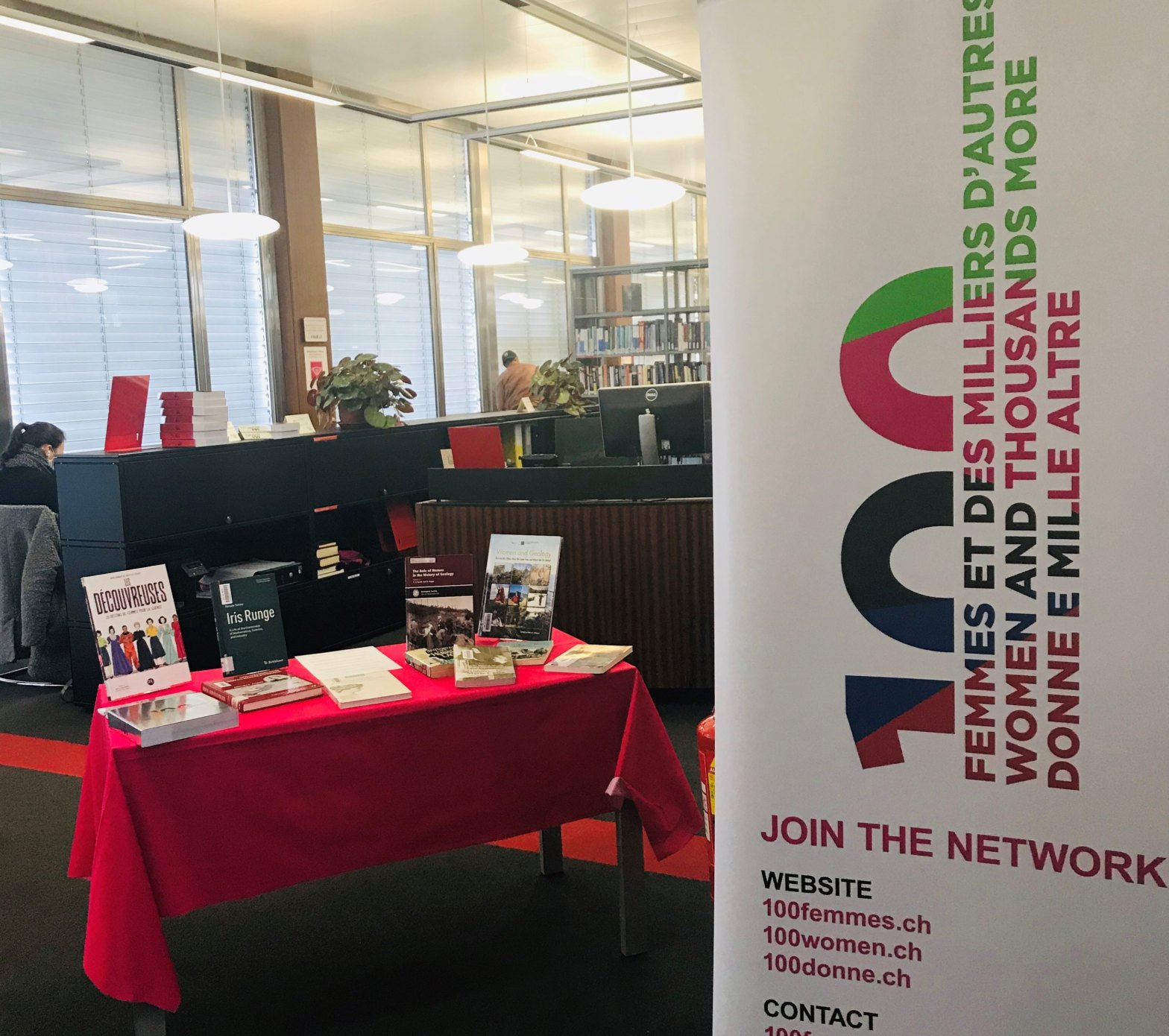 The project on Tour in UNIGE Libraries

From October 14th, a booth will be touring UNIGE libraries to promote the 100 women and thousands more project ! 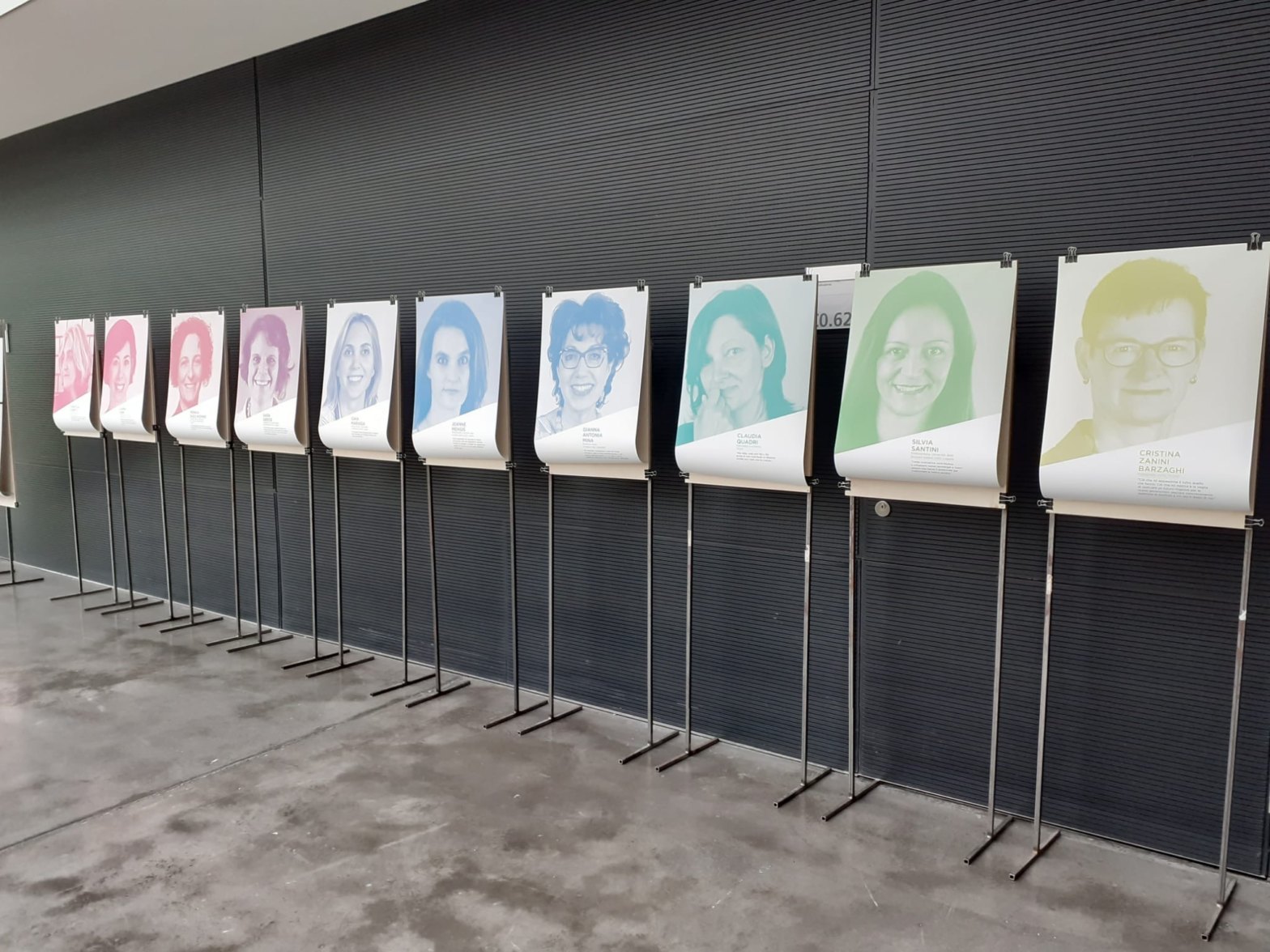 Launch of the 100 women project in Mendrisio (TI)

On October 6th in Mendrisio a thematic evening dedicated to architecture, art and engineering took place.

Next
All the latest news