"I'm proud of certain discoveries I’ve made and of my modern way of managing people, which is based on motivation and encouragement rather than an old-style method."

I’ve been an associate professor at EPFL’s Institute of Materials since 2014. I teach and conduct research centred on novel semiconductor nanostructure combinations, using mainly nanowires, which are filamentary crystals with a very high ratio of length to diameter, the latter being in the nanometer range. Semiconductor nanowires are of significant interest from a fundamental point of view, as they offer new physical and chemical properties owing to their large surface-to-volume ratio, low dimensionality and confinement to one dimension.

From a technological standpoint, they constitute attractive building blocks for novel nano-electronic and nano-photonic systems, as well as biochemical sensors. Our experimental methods have included studying the fundamental properties that span from optical and Raman spectroscopy to magnetotransport.

I like the possibility of advancing science, working with young people and seeing how much they progress. And on top of that, I like to see the impact my research has had on the scientific world and on young scientists.

My career path. I’d put it down to a lot of work, fascination and a solid dose of naivety. I’ve also been able to count on certain mentors. After earning my bachelor’s degree in physics from the University of Barcelona and a PhD from the Ecole polytechnique in France, I did a postdoc at the California Institute of Technology. I then worked at the French National Centre for Scientific Research (CNRS) before doing my professional thesis at the Technical University of Munich in 2009.

A downside or obstacle ? There aren’t many women in my field, which means there’s a masculine culture. I’ve often not been taken seriously and have had to work even harder to reach my goals.

I’m proud of certain discoveries I’ve made and of my modern way of managing people, which is based on motivation and encouragement rather than an old-style method. 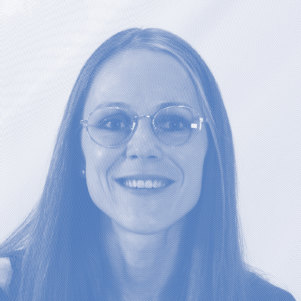 Lucy Linder Engineer at the School of Engineering and Architecture (HEIA-FR), Fribourg 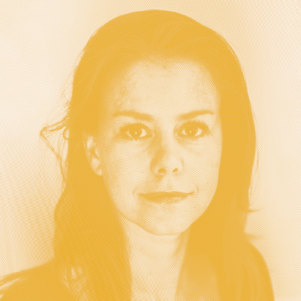 Ioana Preda Professor at the School of Engineering and Architecture (HEIA-FR), Fribourg 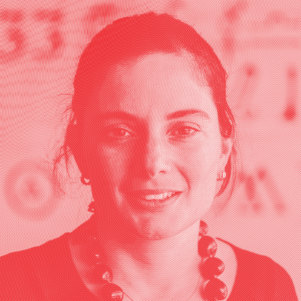